The first thing to do before setting up the scoring system is to define what teams will be taking part in the scoring competition.

Head to the Teams tab on the left hand side, and specify the competing teams. In this example we are looking at an indoor match between Wales & England from 2019. 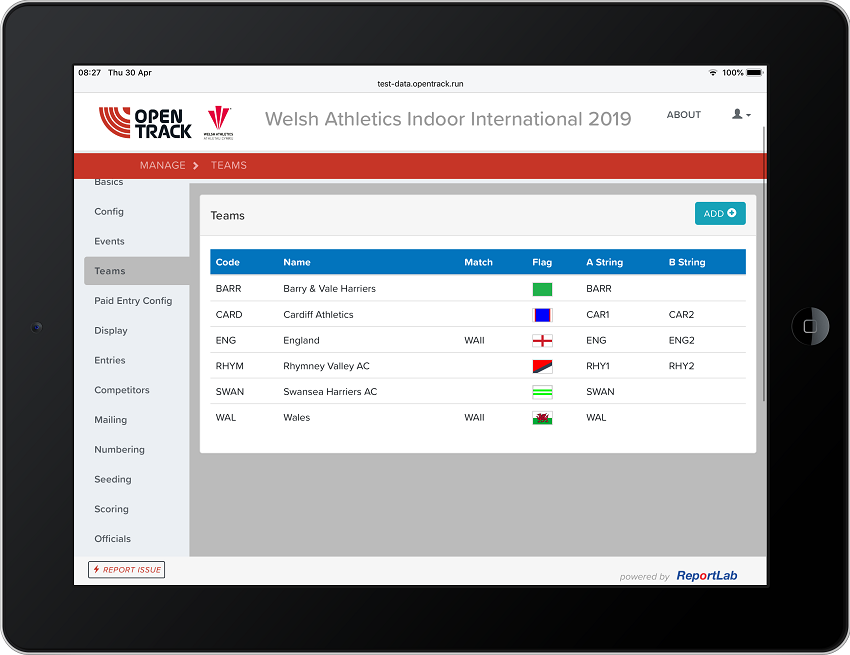 Only England and Wales have been designated to participate in the match - as shown by the WAII. This means that only athletes competing for England & Wales will be included in team score calculations.

To do this, first enter your teams, so click ADD+. You will see the following screen: 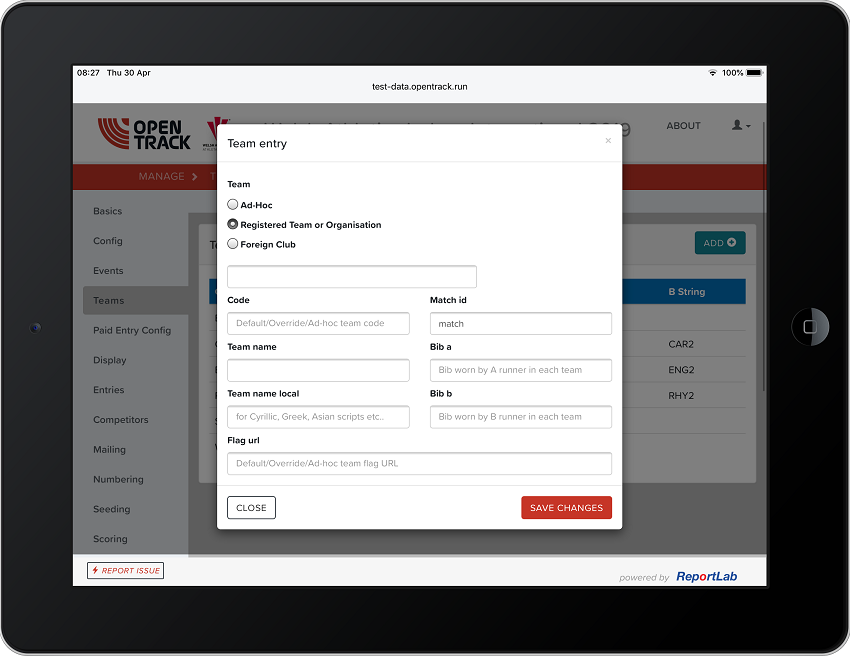 If your team is in the database, just search for it and click it when it appears. If it is ad-hoc for this competition, click Ad-Hoc and fill in the details.

These scoring methods are primarily used for XC and road races. The basic concept is to filter a (possibly large) race and apply a scoring system to a sub-group of the runners. You do this by defining the Scoring Tables you wish to display. Each of these becomes a web page you can link to. So, for example, within a race of several hundred athletes, you can have multiple matches going on such as... 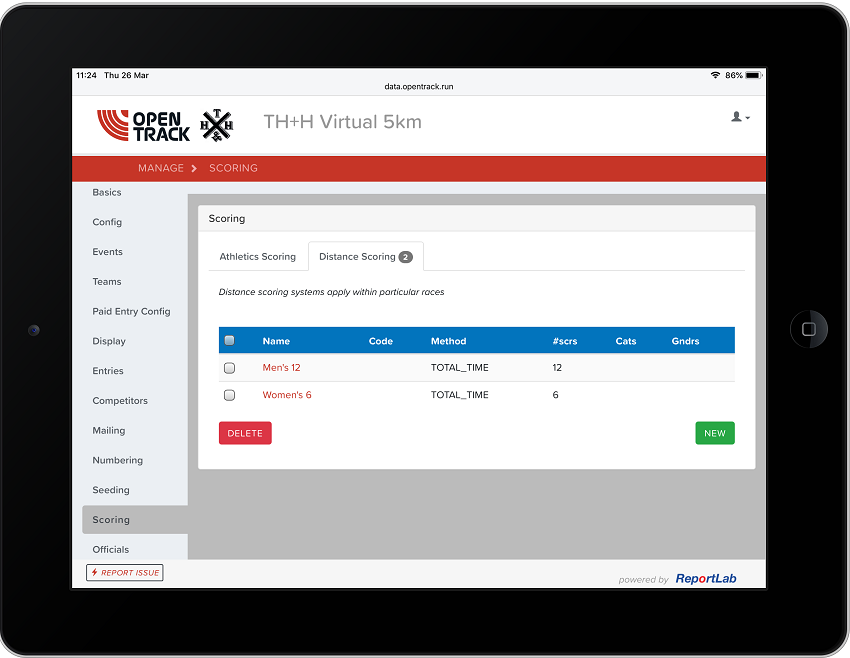 Here is your Scoring configuration. Below is an example of how a 12 Stage Relay would work "virtually". Obviously, it is not a literal relay so what we do is take the fastest 12 times from teams. If they have 24 teams, we would allocate a "B" team. 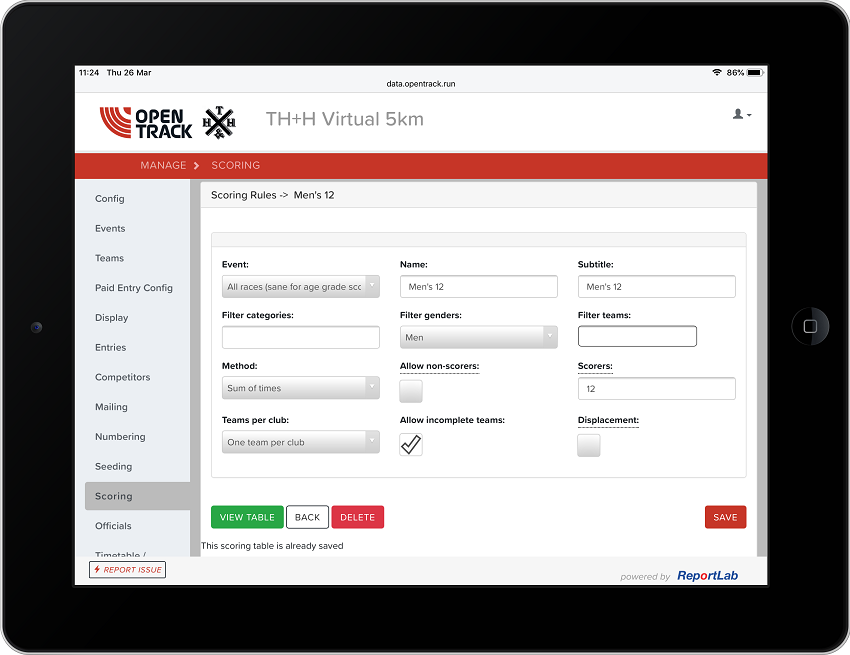